The Archbishop of Canterbury, Justin Welby, has followed the lead of Pope Francis in offering indulgences for those who follow him on Twitter. There was widespread head-scratching earlier in the week at the announcement by the Vatican that the Papal court handling pardons for sins had ruled that contrite Catholics could gain ‘indulgences’ by following World Youth Day on Twitter.

The Anglican model is slightly different, as the doctrine of Purgatory and Indulgences are among those doctrines which the Church of England has discarded since its break from Rome. However, Archbishop Welby, sensing an opportunity for an easy win to please his home crowd, has ruled that PCC members who follow @ABCJustin or @LambethPalace on Twitter will be able to download a voucher allowing them to leave PCC meetings after the first 90 minutes, even if they are the vicar.

A spokesperson for the Church of England said, “Like the Orthodox Church, we do not have a doctrine of Purgatory in the Church of England. Our official line is that this Roman idea ‘is a fond thing, vainly invented, and grounded upon no warranty of Scripture, but rather repugnant to the Word of God’. However, the Pope’s concept of Twitter-bribes to get his follower count up looked good to us. Who among the Anglican flock has not been trapped in an epic PCC meeting where having what amounts to a ‘Go home or to the pub’ card from the Archbishop of Canterbury would not have been a blessed relief from torment?.”

Amid excited scenes in Rome after the announcement of the election of Cardinal Jorge Mario Bergoglio as Bishop of Rome and Pontiff, it was announced that he is to take the name Francis. In a break with tradition, he will not be known as “Pope Francis I” until another Pope bearing the same name comes along. During his Pontificate, he wishes to be known as His Holiness Pope Francis Solus Unus Tam Longe. Rendered in English, this is Pope Francis The Only One So Far and is a name chosen by Cardinal Bergoglio following time spent ministering among Anglican pedants. 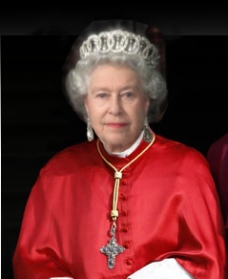 The new Pontiff is expected to take the name Pope Henry I, just to rub it in.

There were gasps of surprise around the world as the Conclave inadvertently elected Her Majesty Queen Elizabeth II, Supreme Governor of the Church of England as Pope.

It emerged overnight that Argentinian Cardinal Jorge Mario Bergoglio had left a copy of the Falklands referendum ballot papers near the Sistine Chapel office photocopier. A Vatican intern mistakenly copied and distributed these among the Cardinals, assuming them to be Papal ballot slips. Cardinals noticed the slips looked rather different to usual but assumed that this was merely an innovation of Pope Benedict. They  then voted overwhelmingly in favour of “political status as an Overseas Territory of the United Kingdom”. As the vote of 99.8% in favour was well over the two thirds majority required for papal election, this triggered immediate white smoke over the Vatican and the Roman Catholic Church announcing the election of the Supreme Governor of the Church of England – Queen Elizabeth II – as Pope.

A clearly distressed Emeritus Pope (who wished to remain anonymous) said, “This is not what I had in mind at all. However, God moves in mysterious ways.”