The Daily Mail has caused a self-publicising media-storm by running a piece accusing the Father of Jesus Christ of hating Britain.  The article, which is believed to have been penned under direct instructions from editor Pol Daycare, focused on the writings of the Father’s spokes-prophets which included allegedly anti- British values such as “encouraging mass migration, letting the poor write off their debts every seven years, undertaking large-scale public works, having mercy on widows and orphans, leaving slavery to seek a better life, giving sight to the blind and freeing prisoners.”

Daycare (who is seldom seen in daylight and certainly never on TV) refuted criticism by sending a Crash-Test Deputy Editor to flannel on his behalf on Newsnight. Deputy editor, John Gleeful, stood by the Mail’s story, saying, “The Father clearly shows through His spokes-prophets writings  that British values are things He despises. His chosen people weren’t British for a start, and then there’s this business of 10 Commandments, none of which enshrines the right for the rich to store their money overseas, or for the press to vilify and smear anyone who criticises them. He’s clearly a communist and so we intend to run lots of stories about Stalin’s repression, genocides and terror with the caption ‘Close communist friend of Jesus’ dad’ under them for the rest of the week.”

David Cameron was swift to come to the Heavenly Father’s defence, commenting, “I think the Mail were wrong to attack the God and Father of our Lord Jesus Christ in this way. Of course, there are many things which Jesus says which reflect the values of his Father and which I might disagree with, but just because there are these awful socialist overtones in their message and that of their spokes-scribes, it doesn’t mean to say any of them hate Britain.  In a Conservative Britain, prophet is not a dirty word.” 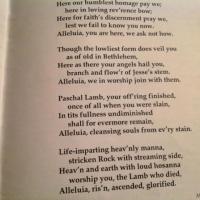